Wish he was a Catholic Priest 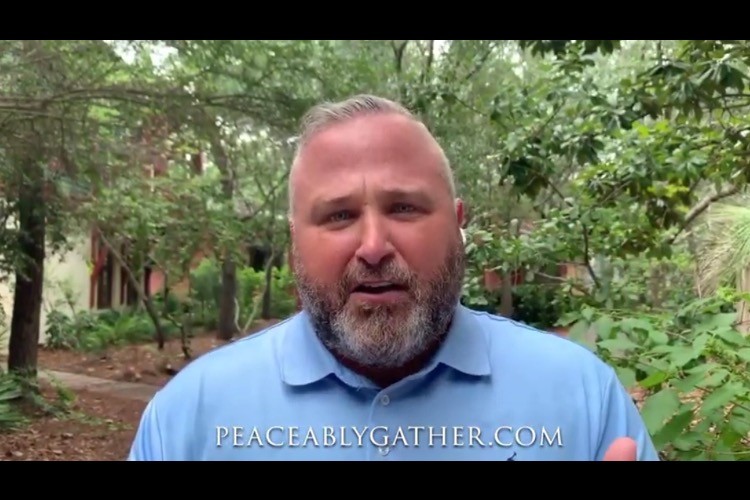 
Video​
Pastor Brian Gibson, a graduate of Oral Roberts University and founder of HIS Church in Owensboro, Kentucky, has a target on his back. In an interview on Epoch TV’s Crossroads program last Thursday he said he’s being targeted “just for being a vocal proponent of the First Amendment … just for being someone who supported President Trump, and someone who spoke out actively.”

I’ve received closed to 1,500 death threats. People broke into my home, kicked my gate down, hacked all of our accounts.
It’s amazing what they can do and how coordinated some of these intimidation rings can really be. I think I underestimated what that would really be until it happened to me.
Click to expand...

He was forced to move when thugs started intimidating his children, but they found his new location and continued the harassment.
Gibson gained national attention and notoriety back in January for telling the truth about how COVID restrictions, mandates, and lockdowns were greatly infringing upon precious rights guaranteed by the U. S. Constitution. He told NTD’s Focus Talk:

He then added a phrase that rang all across the internet: “The Constitution has no COVID clause!”

The first thing that’s listed there … is the freedom of religion. If it falls, and the First Amendment falls, the rest of the Constitution falls like dominos.
Click to expand...

Gibson founded a group called Peaceably Gather where like-minded pastors could learn how to resist the COVID cancel culture, rapidly reaching more than 5,000 pastors with the message of resistance.

He sees the battle as “a fight for the heart and soul of America,” explaining on the Peaceably Gather website:

There is a constitutional crisis occurring right before our very eyes in America. Many of the governors of various states see the freedom of religion as something they can step over anytime they choose.
Click to expand...

In this instance they’ve used public health and safety to silence the church. Opposing scientific opinions have been silenced, big tech is censoring conservative thought.
The last thing that can defeat this giant is the local church.
Click to expand...

If we allow the forces that want to take away our first amendment rights to win in America we will be no different than China, Iran, or Vietnam.
Our children and our grandchildren will be raised in a nation where the government controls every aspect of their lives. They will live in a society where Caesar not Christ is God. America would become like any other communistic nation on the earth — totalitarian, ungodly, and impoverished.
Click to expand...

The media made much of a selfie Gibson took of himself and another man who later attended the January 6 Capitol incident. The media, said Gibson, tried to frame him by saying that he was “one of the masterminds of the Capitol siege. I wasn’t in the Capitol, but I think what they do when they create these hit pieces, they’re trying to build a narrative against you: No. 1, with the public, and No. 2, they want a legal case against you. The mainstream media works to try to spin the narrative, and to spin public opinion, before they’ll ever file charges.”

Gibson says the church in America has become soft and decadent and doesn’t want to give up its privileges by taking controversial stands:

In America we’ve become so comfortable. We don’t want to give up any of our comforts for real truth and real conviction anymore. And that’s why the church remained silent during the lockdowns [with notable exceptions]. So that’s why so many pastors didn’t speak up and push back.
Click to expand...

Gibson said believers and pastors have to begin to stand against the encroaching tyranny:

Stand up for what you believe in. Don’t be afraid. Continue to love your enemies, but stand your ground. I think that’s what’s really needed in America.
Stop being afraid of what somebody might do to you. The high cost of living is potentially dying. I don’t want to die. Don’t get me wrong. I don’t have martyr’s complex. I want to live a long life, be an old man, see all of my kids’ kids.
Click to expand...

But if somebody has such a grip of fear around you that you can’t live or be who you are, what good is living?
Click to expand...