To do nothing is to consent

Here’s the short version for the time poor:

We’re glad the Government is finally acting, but they’ve missed the mark.

It’s crucial that you have your say, even briefly, before 5.00pm AEST next Wednesday (2 October).

Details for making a submission can be found at the end of this email – but if you can spare a few minutes, we do encourage you to read this email fully. 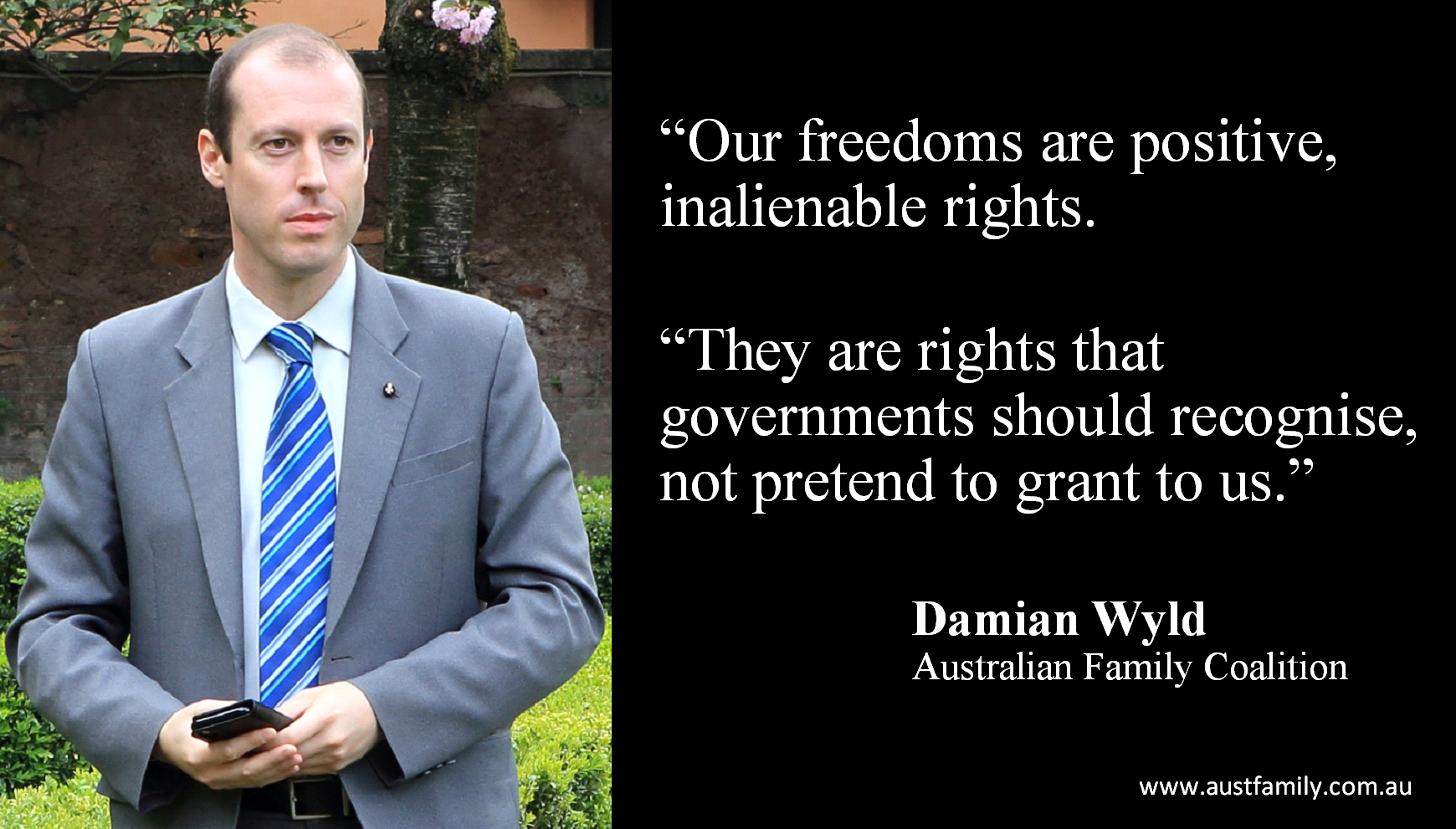 In 2018, the Federal Government received a report from its Expert Panel on Religious Freedom.

Also commonly known as the Ruddock Review (after its chairman, former attorney-general Philip Ruddock), its findings were meant to inform the religious freedom debate in the aftermath of the 2017 marriage vote.

In response, the Federal Government recently revealed its package of three bills for public comment.

It’s great to see the Government treating freedom of religion and belief as a relatively high priority after the election. But we’re concerned that the bills have a number of serious shortcomings and require revision.

Of the many finer points we could make, we’ll keep it relatively simple here.

Mere “exemptions” are not positive rights
First and foremost, the Government’s proposed package sits within the framework of Australia’s existing anti-discrimination laws.

This is fundamentally unjust, because it treats matters of faith and conscience as mere “exemptions” to the law, rather than positive rights in and of themselves. Exemptions are essentially legal loopholes, allowing a person or body to do something where it would otherwise be banned (e.g. a faith-based school being allowed to “discriminate” in terms of employment or enrolment).

Any exemption granted by parliament can just as easily be taken away again. That’s not to say that simply rephrasing exemptions into positive rights would stop future parliaments removing them, but it would be a much more honest expression of reality – and draw a much firmer line in the sand for anyone daring to strip our rights away.

Granting more power to the AHRC
The Australian Human Rights Commission (AHRC) is the federal body that oversees Australia’s anti-discrimination machinery. Its role, among other things, includes hearing and ruling on discrimination complaints.

Past cases have seen the AHRC play theologian – something the Government’s proposed laws would leave wide open for it to do in future.

What about conscience?
From the very beginning of this debate, we’ve insisted that any discussion about freedom of religion and belief should cover BOTH elements. What we mean is that belief is not always formed by faith.

A number of Australia’s domestic laws already recognise this, such as conscientious objection protections for medical staff – or the Defence Act relating to service in particular conflicts or, indeed, in any conflict.

Why then, do the proposed new laws seem to offer little protection to those whose beliefs may be sincerely held, despite not being informed by religion?

The International Covenant on Civil and Political Rights (ICCPR), to which Australia is a signatory, upholds “the right to freedom of thought, conscience and religion”. In other words, our freedoms are a package deal – and the Government’s proposals should do much more to reflect this.

People can and do hold views on human life, the definition of marriage, and the nature of sex and gender quite aside from any religious belief - and their views should be protected.

Practical effect
The Government needs to more to guarantee its proposed laws will solve the actual problems afflicting freedom of religion and belief.

Would they have helped Israel Folau? Would they override the shocking state-level laws that saw a complaint lodged against Archbishop Porteous?

Unless the answers are an unequivocal “yes”, the proposed laws fall massively short.

Likewise, will the laws protect schools, charities and other faith-based bodies that are not strictly churches themselves? Many doubts remain with the current draft bills – and the Government needs to address these issues.

MAKING YOUR SUBMISSION
The following link at the Attorney-General’s page gives you access to all relevant documents: the three bills, the explanatory documents for each (if you like reading), plus the submission forms, etc.: https://www.ag.gov.au/Consultations/Pages/religious-freedom-bills.aspx

To email your submission directly without any complications, you can send a statement to this address: FoRConsultation@ag.gov.au

Please draw on the points from this email. If you find writing something difficult, feel free to simply ask questions – or to say what you would like to see. It’s important to use your own words as much as possible.

Remember, we only have until next Wednesday close of business to lodge our submissions.

Please use today and the weekend to have your say – and please let as many of your friends as possible know about this urgent need. You might be able to share with your church, for example.

As always, we’re grateful for your support.


P.S. Beyond the submission process, we face many more hurdles including the eventual parliamentary debate. We could really use your help to prepare for this.