The Total End Of A Free Society

Today's top Gab TV video is part one of a documentary called "The Total End Of A Free Society," which highlights the journey of 22 year old American political dissident Nicholas J. Fuentes. At just 22 years old Nick has become a Civil Rights Hero of our time and the canary in the coal mine for where our society is headed. In part one of the documentary we learn that the feds seized $500,000 from Nick's bank account after he attended a political rally to exercise his First Amendment rights as an American Citizen. As I wrote a few weeks ago, pay attention to what is happening to both Nick and Gab, because it will inevitably happen to you too.

Click Here To Watch Episode One Only on Gab TV 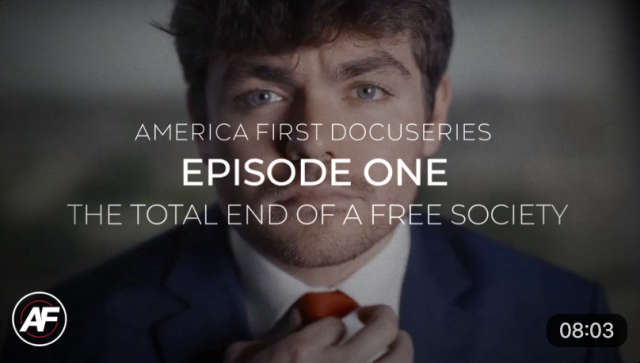 Our next top story is about Rumble, a YouTube "competitor" that has become popular with Establishment "Conservatives." As I exposed several weeks ago Rumble is a wolf in sheep's clothing. Rumble recently raised $10 million dollars from the same Silicon Valley investors who invested in Facebook.

Shortly after this funding round Rumble immediately banned "hate speech" from their platform. Their terms of service is now identical to YouTube, Facebook, Twitter, and others. Today it was reported that Rumble is paying liberal commentators hundreds of thousands of dollars to upload videos to their site. This comes as Conservative and Populist dissident commentators are being systematically deplatformed from Big Tech platforms and the financial system. Hopefully conservatives wake up to this bait and switch.

Incase You Missed It
Tucker Carlson's Powerful Speech In Hungary