The long-running Israel Folau case was resolved this week (at least in part).

After increasing his claim against his former employers to $14 million, mediation sessions finally saw an out-of-court settlement reached. The details remain confidential.

So, what can we draw from this outcome – and for the future of the freedom debate? Here are a few thoughts:

AFC played a modest but useful role in this debate.

Within days, AFC supporters were flooding Raelene Castle and Rugby NSW with emails – eventually totalling around 25,000 emails each!

Numerous media outlets picked up on our campaign and our Director, Damian Wyld, appeared on Channel 10’s The Project. 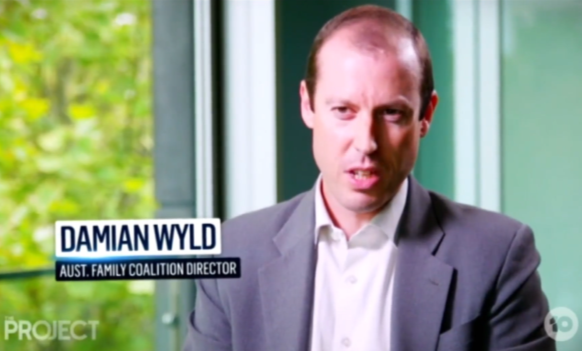 In the end, the case was resolved through the legal process, mediation, and more than a few prayers – but AFC supporters like you helped to keep the case in the public spotlight at a crucial time.

We mentioned earlier that the Folau case appeared to be resolved “in part”.

It was also revealed this week that well-known same-sex activist Garry Burns had lodged an anti-discrimination complaint against Israel Folau. The complaint included the demand for an apology and a $100,000 donation by Folau to charity.

It’s incredible that some people still fail to see that our laws need fixing. But we also need to make sure the Federal Government gets any changes right.

We simply can’t have a cure that’s worse than the disease.

With your help, we’ll keep plugging away on this and other important issues through into 2020, but we do need your help.

Last week, we launched a fundraising goal of $30,000 by 31 December. With thanks to the many supporters who’ve already kicked in, we’re on our way – but we still have a long way to go.

Will you help us prepare for the battles of 2020?


To support us in the fight for our freedoms, please CLICK HERE.​
The Australian Family Coalition team


P.S. The Israel Folau case may be ending – and Christmas may be coming – but the fight for our freedoms doesn’t stop. Please help us add to the 20,000+ Australians who have already signed our Freedom Declaration by signing it and sharing: