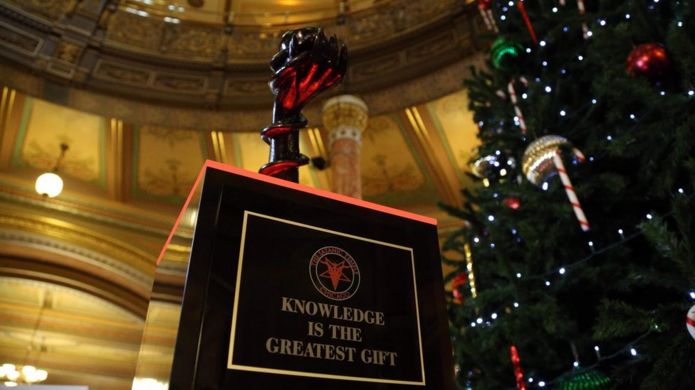 A satanic group has added its own statue to a series of displays in the government building of the US state of Illinois to mark the festive season.

Placed between a Christmas tree and a menorah, the four-foot sculpture depicts a snake coiled around an outstretched arm holding an apple.

It's the first display sponsored by the Chicago chapter of the Temple of Satan.

The state government said the temple had the same right as other religious groups to have a display.

"Under the Constitution, the First Amendment, people have a right to express their feelings, their thoughts," Dave Druker, spokesman for the Illinois secretary of state, told the State Journal-Register. "This recognises that."