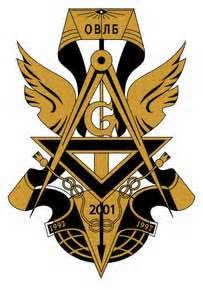 "Bulgarian Freemasonry has shown the Masonic world a
wonderful example, by overcoming its internal contradictions"​
The Trud , the daily newspaper with the largest circulation in Bulgaria, has made a long interview with the Grand Master of Spanish Masonry , the Most Respectable Brother 'Oksar of the Aluson', on the occasion of his presence on the 25th anniversary of the return of Bulgarian Masonry . The Grand Master of Spanish Masonry stressed the importance of the unification of the Masons of the country in a single regular Grand Lodge in 2015: " It was a pleasant surprise to discover, three years after a historic moment for World Masonry, that the United Grand Lodge of Bulgaria is firmly established, "he said. The Masonry Bulgarian"He has shown the Masonic world a marvelous example, by overcoming its internal contradictions, "which should inspire us all to" work for the unification of all the regular Lodges that operate in Freemasonry in every nation or State . " 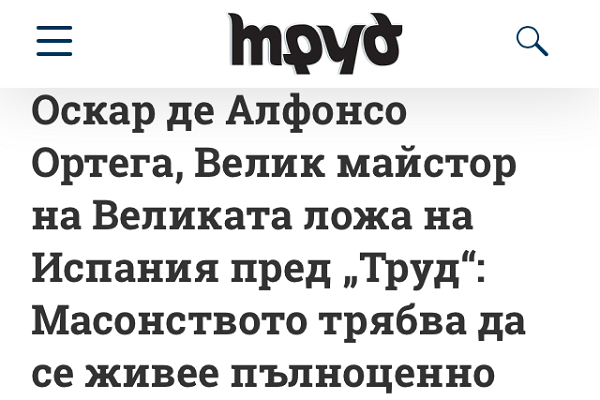 
In the interview, the Grand Master reflects on the role played by Spanish Masonry in the construction of 21st century Masonry. " The Grand Lodge of Spain has one foot in Europe and one in Latin America, our greatest contribution to global Masonry is to connect these two worlds." In all countries, on all continents, Masonry is diverse in its forms, but large principles of Masonry unite us, we have to go beyond borders and connect the different nations of the world.Spain, for historical, cultural and geographical reasons, has the privilege of being an active part of all this change of Freemasonry in the world " 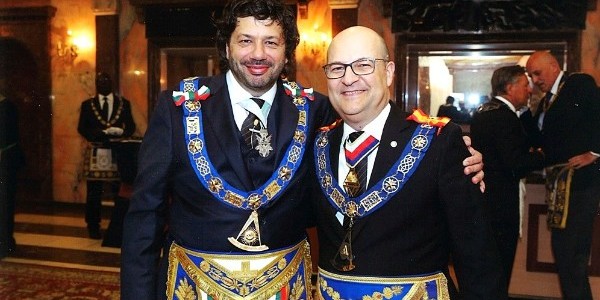 In the interview, the Grand Master addresses the axes of his third and last term in charge of Spanish Masonry after his recent re-election. " My priorities for the next four years are: first, to continue our openness to society, second, to have a leading role in the resolution of social problems, thirdly, that the voice of the freemasons reflects the voice of society itself; fourth, bearing in mind the importance of education and youth, to lay the first stone for the creation of the first Masonic University ". 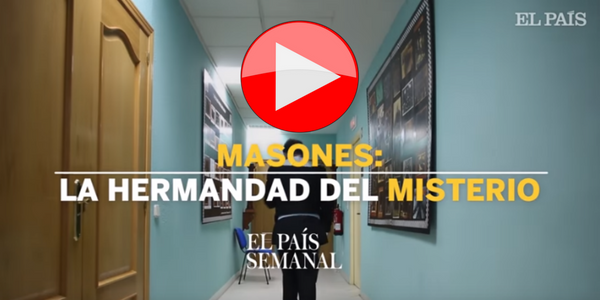 A month ago, 'El País Semanal' opened its paper edition with an extensive report on Freemasonry entitled 'The Brotherhood of the Mystery'. As part of its coverage, the first newspaper in Spain published a video that has exceeded 70,000 visits in less than a month. Haven `t you seen it yet?

​
Brazilian Masonry asks the country to react with the "conscious vote" for the ethical and moral regeneration of the nation
The Confederation of Symbolic Freemasonry of Brazil , which brings together the 27 Masonic Grand Lodges of the third country with the most Masons on earth, has asked each of the 200,000 Brothers of the country to " prepare to build a new national consciousness" so that " the vote becomes the great weapon of construction of a free, equal and fraternal homeland ". In the complex moral context that Brazil is going through, he affirms that each Mason must awaken that conscience within society, becoming "an example of the good virtues " armed " with the best tools: ethics and morality ". 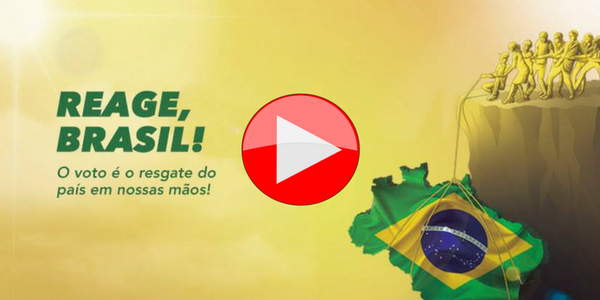 
The positioning of the Brazilian Masonry before the reality of the country was the axis of its XLVII General Assembly held in the Brazilian city of Vitoria, which counted with the participation of more than a thousand people, among which were the 27 Grand Masters of the different States of Brazil. The Grand Masters from Argentina, Spain, Panama, Paraguay, Peru and Uruguay also participated as observers.

After the Impeachment of its President in 2016, Brazil will hold General Elections this October to elect the nation's President and Vice President, its National Congress, state governors and vice-governors and state legislative assemblies. "The question is how to get the candidates right, since they all say they fight corruption, they all say they are honest, they all claim to be the best intentions in defending the Nation and public affairs. The problem, however, is not wheat; The weeds are the misfortune! ", explains the Confederation . 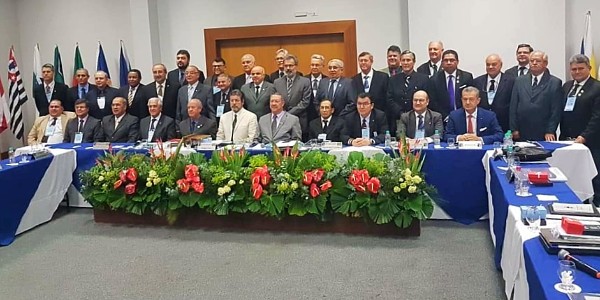 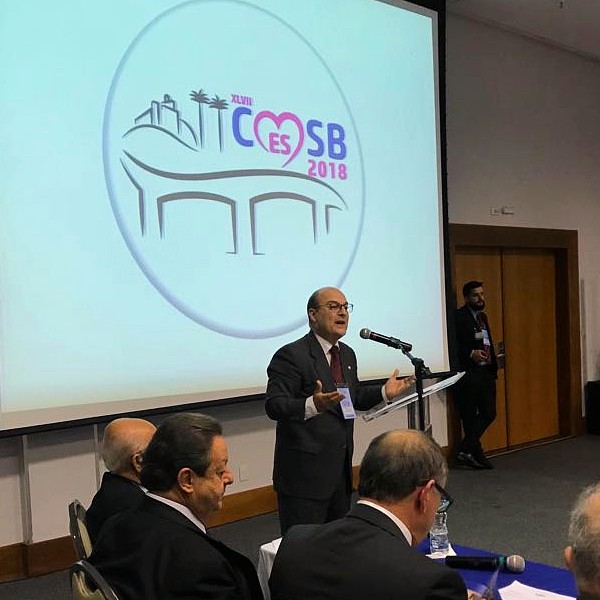 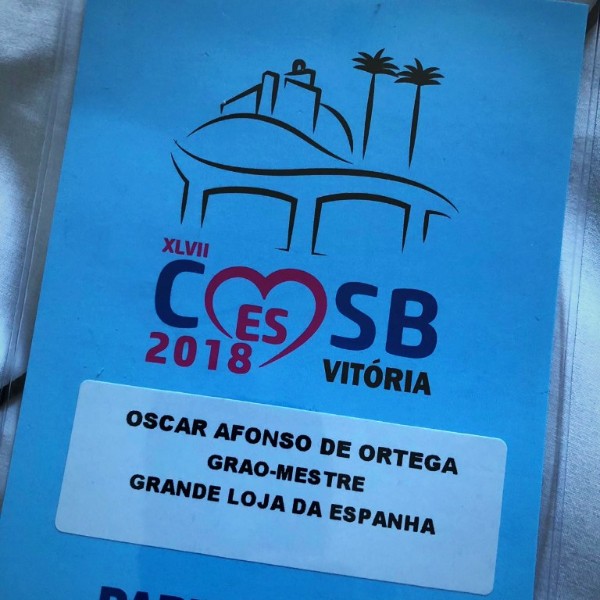 The Confederation wishes to awaken two consciences: that of the candidates that present themselves and that of the voters who will attend the polls. To the former, he reminds them that figures such as Luther King, Gandhi or Mandela " reached greatness to the detriment of possible personal interests." These icons, like so many other anonymous men, were able to renounce material enrichment in exchange for the fortune of good virtues. that, truly, dignify the human being . "

But the diagnosis of the Confederation focuses, above all, on the electoral body of Brazil. La Brasileira Freemasonry shows a huge concern about fake news or the half-truths of social networks, which only deal with individual and gregarious interests and " annihilate the memory of our people ." The Brazilian Freemasonry argues that " the conscious vote is the panacea against social, political and economic problems. But how to reach that miracle solution? This theme inspires the national campaign of our institution in the sense that citizens know choose It is what we call the Conscious Vote, in that context, the purpose is not to enhance the quality of the vote, but to sharpen the conscience of the voter so that he knows, really, his candidate . " 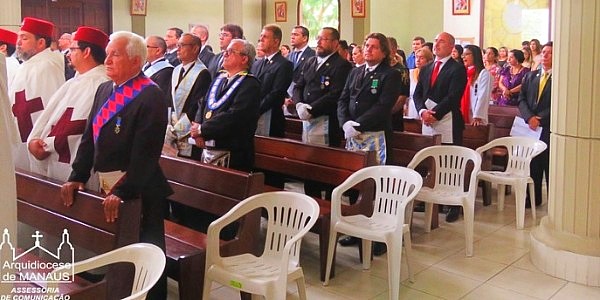 ​
Mass for Masonry in Manaus

" What unites us is much bigger than what separates us ". That was the message of the Metropolitan Archbishop of Manaus, Monsignor Sergio Castrini, during the celebration in the Sagrada Familia church of Tarumã for the expansion of the orders of improvement dependent on the Grand Orient of Brazil , in friendship with the Grand Lodge of Spain . " God is love and the way of knowledge is love. Love is always an answer, mainly to God who loved us first. The cross that you bring in your insignia is the sign of God's love for humanity, " explained the archbishop who concluded his homilywith a request to the freemasons present, of Christian condition: " We hope that they will always continue to provide these services to society and mainly by being faithful to Christian principles and communion with the Church, because the Church can be different on the surface ".

​
Le Figaro analyzes the deep division of the two masonic currents on the importance of human spirituality
The French newspaper Le Figaro , one of the great references of the French press, addresses the division of the Masonic institutions of France before the declarations of the President of the Republic, Emmanuel Macron, on the defense of a secularism as a legal framework of the State compatible with the full social importance of religions. The reactions to Macrón's declarations have made it possible to clearly visualize the existence of the two very different Masonic currents: the Masonic regularity, which represents 95% of the Freemasons of the world and in which the Grand Lodge of Spain is integrated , and Masonic irregularity, which arose in Belgium and France in the late nineteenth century, which ceased to require Faith in God for admission to Freemasonry as a requirement. 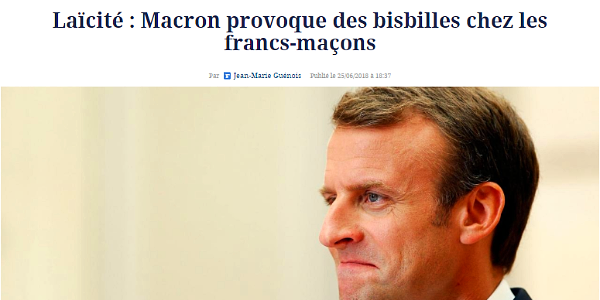 
The French newspaper recalls that the Grand Master of the French National Grand Lodge, the Most Respectable Brother Jean-Pierre Servel, has distanced himself from the harsh criticism of the Grand Orient of France to Macron's statements. "He wrote to the President of the Republic to say that he did not share 'the aggressive and challenging attitudes' he attributed to the Grand Orient, which does not fit all the French Freemasons, he argued, since (the Grand National French Lodge) is a spiritual institution , he recalled, that raises as a condition of belonging Faith in God, " says Le Figaro .

In his letter, the Grand Master of the Grand National Lodge of France, in friendship with the Grand Lodge of Spain , remembered that it is "It is useful to remember the existence of two different Masonic currents in France from the 19th century. One wanted to orient itself on social issues and expressed itself very often on these points; the other is spiritual, faithful in itself to the initiatory ideals of regular so-called Freemasonry. This second current represents 95% of world Masonry within which Faith in God is a sine qua non condition of admission and belonging ". Coincidents in the criticism of the intolerance that resides in all religious fundamentalism, the fundamental difference between both currents is in the conviction of the Masonic regularity that the spiritual dimension of the human being is fundamental for his integral development as a person.