Via Non Possumus comes the following very encouraging news. On Sunday in the Colombian capital Bogota two Masses took place at the same time. In the SSPX Church, the 8am Mass drew a mere 40 faithful to the biggest SSPX church in the country. The 10am High Mass, celebrated by the South American district superior Fr. Bouchacourt, was assisted by a further 90 faithful, in a church used to accommodating many more than that. There was no organ and no choir, as the people who used to take care of that now attend the Resistance. See the picture below, taken at the 10am Mass, and note the empty spaces: 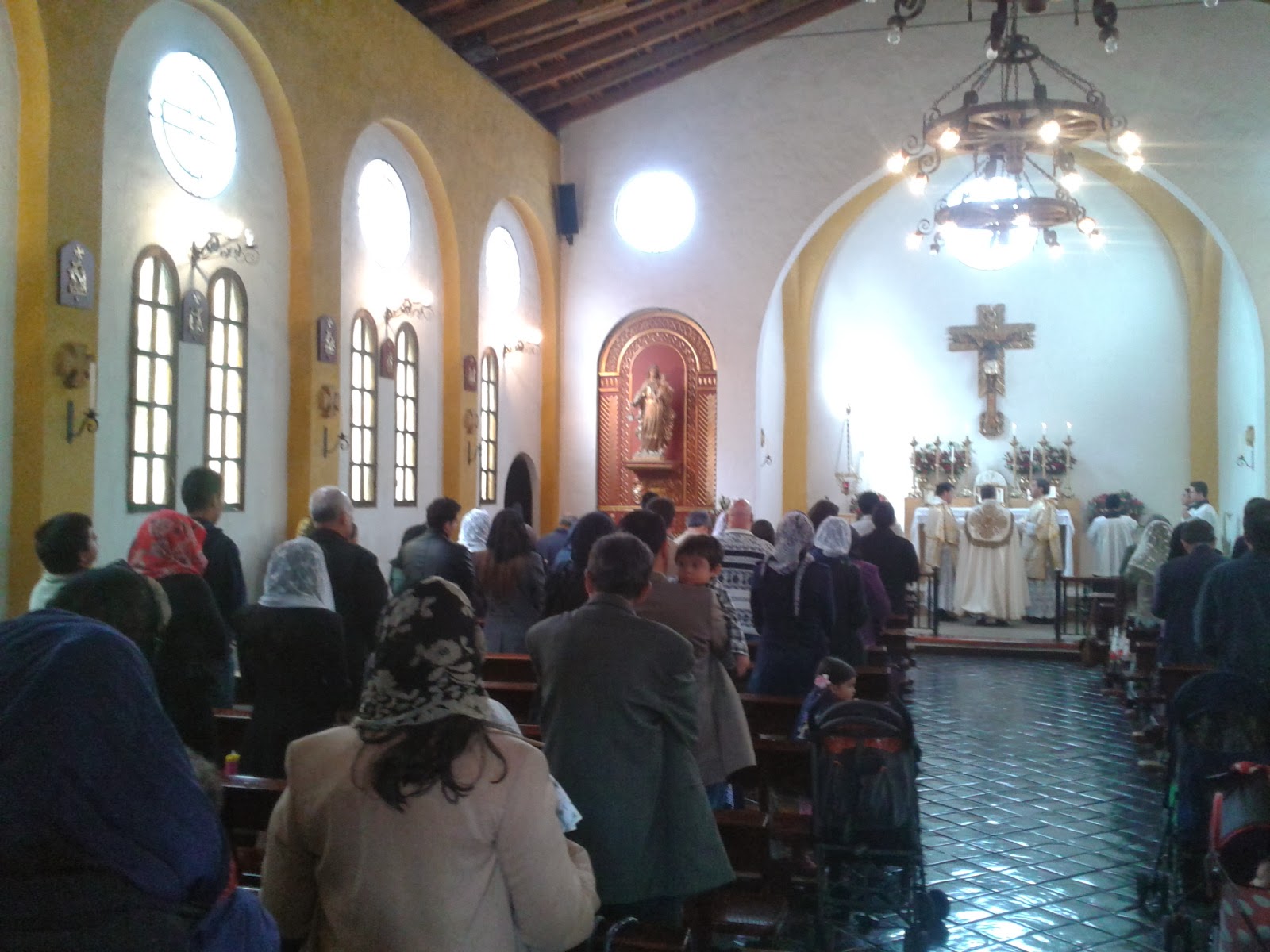 .in the meantime, Mass was also being celebrated by Fr. Altamira in a large hall hired for the purpose. Fr. Altamira's Mass was attended by 180 faithful, double the mere 90 who turned out for the SSPX District Superior, and significantly greater even than the total 130 who attended the SSPX church that same day. This was Fr. Altamira's first Sunday 'Resistance Mass' so to speak: so large was the crowd of faithful that there was barely enough in the hall. See photos below and note the faithful spilling out of the door: 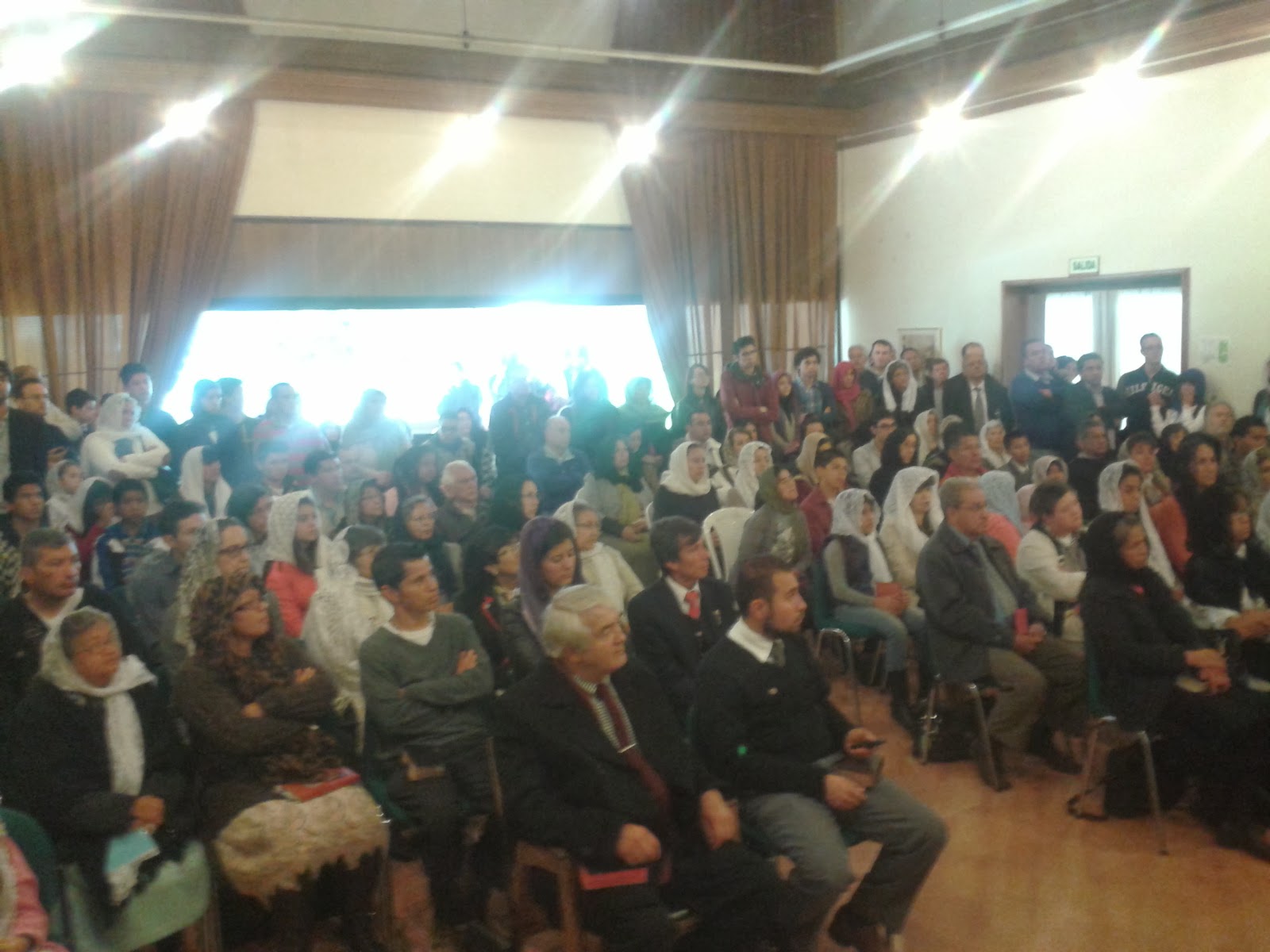 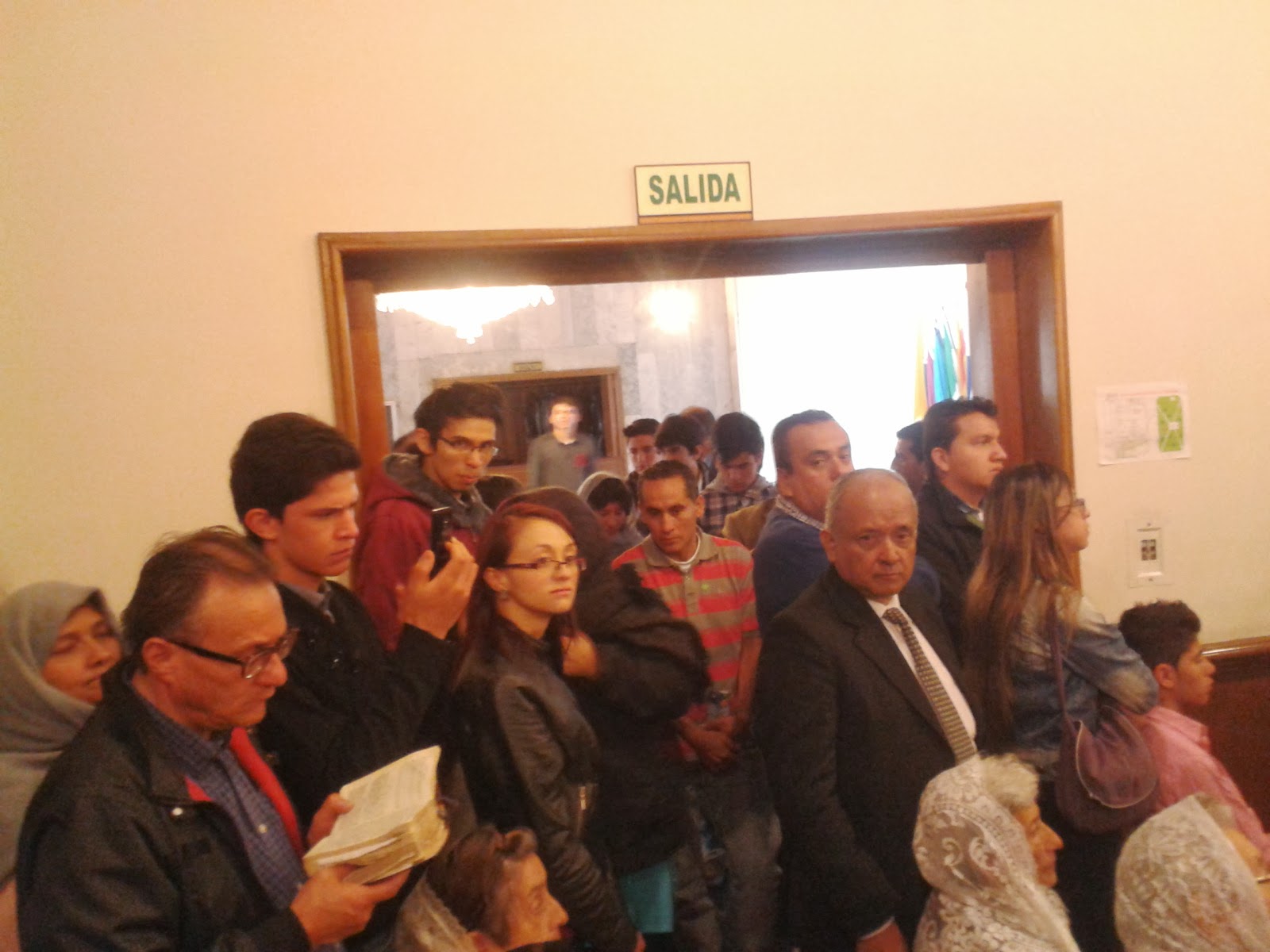 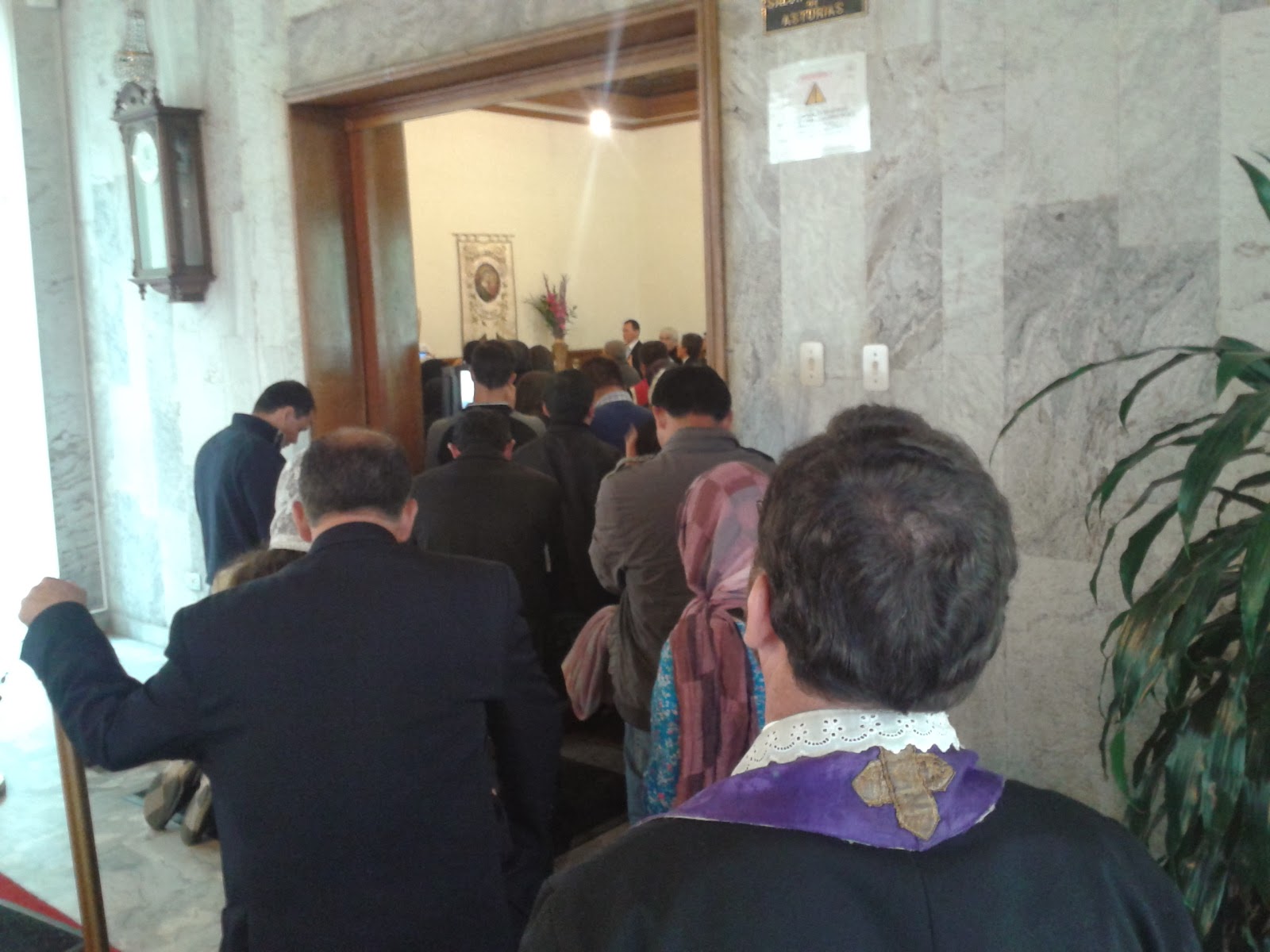 ..Why is this important? Haven't we said often enough already that truth is not about numbers? Aren't we now being inconsistent in rejoicing over the newest Resistance Mass centre trouncing the XSPX numerically?.

Well, it is true that numbers are not what matter most. Truth matters more. Better to have the truth, and not great numbers than have impressive numbers but lack the truth. Our joy is that, in this one historic example, this new Resistance parish has both..

Besides which, the SSPX (or XSPX or neo-SSPX as it now increasingly becoming known) has lost the truth, has lost any claim to be the upholder of Catholic Truth and its leaders are therefore being forced in desperation to fall back on it's merely material assets: relying on its real-estate, its advantage of being in the position of being already established (with its 40-year head-start on the Resistance), and often, relying on dishonest pressure which can be placed on individuals when one has control of a large number of unquestioning followers. The money, the buildings and the 'numbers' - all worldly assets which count for nothing with Almighty God. These are all the SSPX has. And in this one case, they don't even have the numbers. More importantly still, as St. Athanasius famously said, "They may have the buildings but we have the Faith!".

Surely the death of the SSPX is now beyond serious question. The Recusant
T