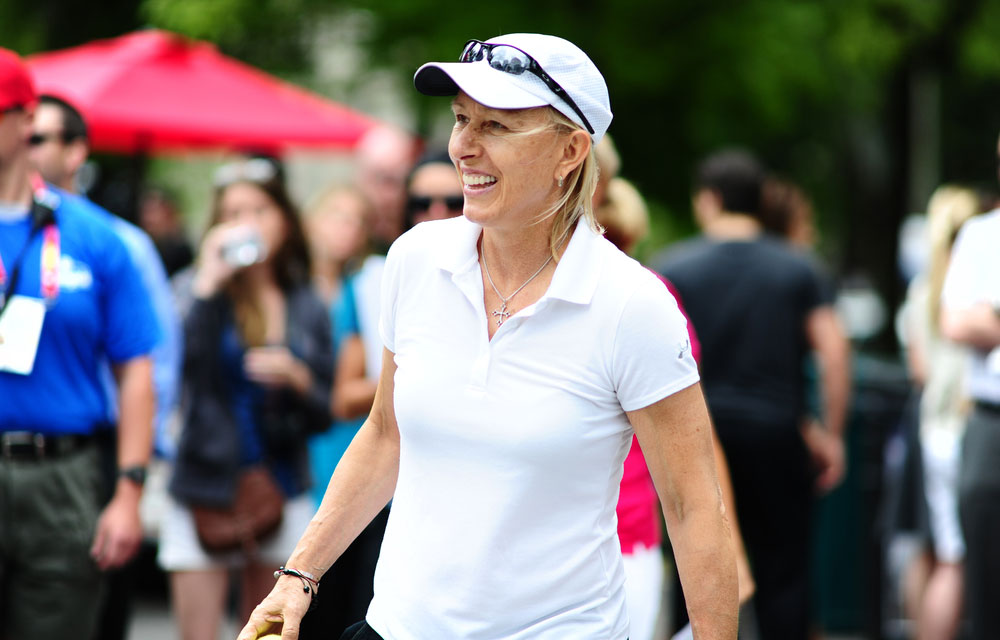 Navratilova is a self-described feminist and outspoken lesbian who has won eighteen Grand Slam single titles.

[Not all of what she said was good, but some of it was.]

February 18, 2019 (LifeSiteNews) – Two months after sparking controversy by tweeting a blunt dissent from transgender orthodoxy, tennis star Martina Navratilova has penned an op-ed elaborating on and standing by her opposition to letting gender confused men compete against actual women in professional sports.

Navratilova is a self-described feminist and outspoken lesbian who has won eighteen Grand Slam single titles, including nine Wimbledon women’s single titles. She generally aligns with the Left on LGBT issues, from vehemently supporting same-sex “marriage” to opposing President Donald Trump’s ban on gender-confused soldiers, but sees the erasure of sex differences in athletics as a bridge too far.

In December, she came under fire for tweeting that “You can’t just proclaim yourself a female and be able to compete against women. There must be some standards, and having a penis and competing as a woman would not fit that standard.” Among her critics was Rachel McKinnon, a male philosophy professor and competitive cyclist who “identifies” as female.

Over the weekend, the Sunday Timespublished an op-ed by Navratilova in which she granted that she “could have phrased it more delicately and less dogmatically,” but ultimately her views have only “strengthened” upon further research into the subject.

“To put the argument at its most basic: a man can decide to be female, take hormones if required by whatever sporting organisation is concerned, win everything in sight and perhaps earn a small fortune, and then reverse his decision and go back to making babies if he so desires,” she wrote. “It’s insane and it’s cheating.

"Simply reducing hormone levels — the prescription most sports have adopted — does not solve the problem,” Navratilova argued. “A man builds up muscle and bone density, as well as a greater number of oxygen-carrying red blood cells, from childhood."

Navratilova also called out the difficulty of having a civil discussion on the subject, saying she “deplore what seems to be a growing tendency among transgender activists to denounce anyone who argues against them and to label them all as ‘transphobes.’

“That’s just another form of tyranny,” she declared. “I’m relatively tough and was able to stand up for myself in my Twitter exchange [...] but I worry that others may be cowed into silence or submission.”

Navratilova also declared in her piece that she was “happy to address a transgender woman in whatever form she prefers,” but neither this nor her aforementioned liberal stances on LGBT issues stopped the United Kingdom-based advocacy group Trans Actual from declaring on Sunday they were “pretty devastated to discover that Martina Navratilova is transphobic.”
Last edited: Feb 21, 2019
You must log in or register to reply here.
Share:
Reddit Pinterest Tumblr WhatsApp Email Share Link
Top