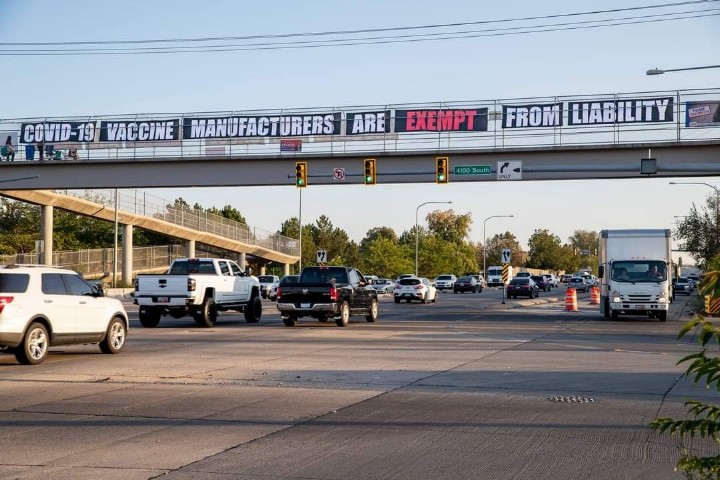 It’s not hypothetical that vaccines cause injury and that injuries are not rare. The vaccine courts have paid out four billion dollars over the past three decades. And the threshold for getting back into a vaccine court and getting a judgment — [the Department of Health and Human Services] admits that fewer than one percent of people who are injured ever even get to court.
Click to expand...

When talking about the companies producing the vaccines, Kennedy said that each of the four vaccine producers:

Is a convicted serial felon: Glaxo, Sanofi, Pfizer, Merck. In the past ten years, just in the last decade, those companies have paid 35 billion dollars in criminal penalties, damages, fines, for lying to doctors, for defrauding science, for falsifying science, for killing hundreds of thousands of Americans knowingly.
It requires a cognitive dissonance for people who understand the criminal corporate cultures of these four companies to believe that they’re doing this in every other product that they have, but they’re not doing it with vaccines.
Click to expand...

Compared to vaccines’ health risks, the already-questionable health benefits are even more uncertain with the rushed coronavirus vaccine. Because of that, the U.S. government created the Public Readiness and Emergency Preparedness Act. This act protects:

individuals and entities (Covered Persons) against any claim of loss caused by, arising out of, relating to, or resulting from the manufacture, distribution, administration, or use of medical countermeasures (Covered Countermeasures), except for claims involving “willful misconduct” as defined in the PREP Act.
Click to expand...

This leaves the injured party with only one recourse, applying to the Countermeasures Injury Compensation Program (CICP). This program, according to NBC, has only paid out about three dozen claims in the last decade. Wayne Rohde, author of the book The Vaccine Court, explains how the CICP works:

In short, if you are injured or have someone killed by one of the new experimental COVID vaccines, expect to pay all of your expenses out-of-pocket because your life is not worth much to the US Government. They are asking the public to sacrifice themselves for “the greater good” to stop a virus that there is not even an accurate test that can identify it.
Click to expand...

To inform as many Americans as possible of the coronavirus vaccine’s potential problems, several medical freedom activists have teamed up with the grassroots organization V is for Vaccine to lead demonstrations in locations across Canada, Australia, the U.K., and all 50 United States. They chose to do the rallies on November 29 because it is the second-busiest travel day across the country.

Founded in 2019 by Joshua Coleman and Olivia Mikos, V is for Vaccine’s goal is

To bypass the mainstream and social media censorship and educate the public on important truths about the vaccine program, truths that everyone has the right to know before making the decision to vaccinate.
The V is for Vaccine formula consists of giant signs, irrefutable facts, simple and uniform messaging, eager activists, and a good dose of flair. From their first demonstration at Disneyland with only 14 people, the campaign has expanded to all 50 states and three countries.
Click to expand...

In these strictly peaceful rallies (unlike BLM, they don’t take detours to Walmart, Target, or other stores), marchers are encouraged to have a dialog with police and others to inform the public about these vaccines’ dangers.

The New American contacted V is for Vaccine with a few questions about the event, and co-founder Olivia Mikos responded:
TNA: How many cities are hosting demonstrations?

Olivia: All 50 states, the U.K., Canada, and Australia are involved. Some states are only doing one city, while others are demonstrating in multiple.
TNA: Are there local chapters or networks of activists?

Olivia: V is for Vaccine does not have local chapters. But our template is designed so that any activist, group, or organization can utilize our format and messaging and organize demonstrations on their own. We also organize events in collaboration with other independent health freedom groups from all over. For downloads and tutorials, people can go to visforvaccine.com.

TNA: Is this event simply to alert people about the dangers of vaccines, or will there be elements of protesting the lock-downs as well?
Olivia: This is event is primarily focused on vaccine risks.

TNA: What are your goals for the march?

Olivia: This event raises awareness regarding little known risks and facts of vaccination and empowers people to make an informed decision.
TNA: Are you actively seeking to work with other groups, or is this a solo effort?

Olivia: We work with any and all medical freedom groups but provide a uniform template and messaging for everyone to utilize. The goal is to break through the social conditioning with easy to understand and irrefutable facts. Our strategy relies on keeping the messaging simple, bold, uniform, and factual. Anyone wanting to utilize this template can get involved.

…no basis in evidence-based medicine’​

'I take the Hippocratic Oath extremely seriously. The first line is do
no harm, and that is what motivated my presentation'​


ALBERTA, Canada, November 30, 2020 (LifeSiteNews) – A Canadian doctor who caused a firestorm of controversy earlier this month after blasting government-imposed COVID-19 measures at a public city meeting in Alberta is not only doubling down on his comments but is going even further.

“I take the Hippocratic Oath extremely seriously. The first line is do no harm, and that is what motivated my presentation,” Dr. Roger Hodkinson told The Epoch Times in a Nov. 24 interview in reference to a Nov. 13 speech he made to Edmonton city councilors in which he called it the “greatest hoax ever perpetrated on an unsuspecting public” that lockdowns and masks were being used in an attempt to contain the spread of COVID-19.

“If I see something going on that’s harmful, I feel as a physician that I’m obligated to stand up and say something,” he added before going on to call lockdowns that are spreading across Canada “draconian.”

Dr. Hodkinson, CEO and Medical Director of Western Medical Assessments, laid out his credentials at the beginning of his Nov. 13 presentation to city council.

“I’m a medical specialist in pathology which includes virology. I trained at Cambridge University in the U.K. I’m the ex-president of the pathology section of the Medical Association. I was previously an assistant professor in the Faculty of Medicine doing a lot of teaching. I was the chairman of the Royal College of Physicians of Canada Examination Committee and Pathology in Ottawa, but more to the point I’m currently the chairman of a biotechnology company in North Carolina selling the COVID-19 test,” he said.

“The bottom line is simply this: There is utterly unfounded public hysteria driven by the media and politicians. It’s outrageous. This is the greatest hoax ever perpetrated on an unsuspecting public.”

“There is absolutely nothing that can be done to contain this virus,” he said, adding: “This is not Ebola. It’s not SARS. It’s politics playing medicine and that’s a very dangerous game.”

Hodkinson called using masks to prevent the spread of the virus “utterly useless,” noting that “there is no evidence base for their effectiveness whatsoever.”