DOM Thomas defends B. Williamson : Miracles in NO Masses 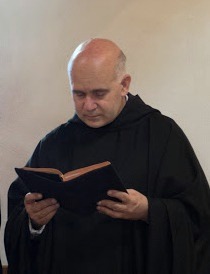 . Bishop Williamson wrote in his Commentary Eleison 438: "S i the evidence for the Eucharistic miracles that occurred in the Novus Ordo Church is as serious as it seems, it follows that Catholics should form their minds to the mind of God and not vice versa. "
Many attacked Mons. Williamson because of these comments on the possible Eucharistic miracle happened in Buenos Aires. Among the arguments used retain the following:

1- The first oversimplifies the issue and simplifying it confuses two issues. One is whether it may or may not miracles outside the Church. The other is whether the conciliar Church is completely alien to the Catholic Church or not. The first question should be answered, with St. Thomas, yes. There can be miracles "outside the Church" under certain conditions. See Articles of Prof. Carlos Nougue in this regard [see links at the end. NP]. What God does is to confirm the error or defect with a miracle, but he can confirm a truth or a virtue of a miracle, and this even among the heathen. If some good was done among the heathen, these goods were made ??by inspiration or action of God (cf. De Potentia, issue VI, Article V, ad 5um). In the same article, Thomas says it is possible that God made ??a miracle to attest to the chastity of a pagan virgin. You can also mention the miracle of Balaam's mule spoke clearly, as we read in the Scriptures. Balaam was a pagan magician. The mule spoke because God wanted to warn him not to advance its attempt to curse the Jews (Num. Xxii).

To the second question should be answered in the conciliar church authorities constitute a modernist sect, which, occupying key positions in the Church, held captive. You can not say absolutely not reconcile the church is the Catholic Church, or it is not. For the modernist doctrine and intend to destroy the Catholic Church she is obviously not; but the fact of possessing a jurisdiction that belongs to the Catholic Church, she has some Catholic in his possession. If the current Pope became, a Catholic he would have a power that now acts as a modernist mode.
This seems to have been the position Mons. Lefebvre always had.

2- No one acts without an end. But what purpose would be God doing a miracle in the New Mass?
Mons. Faure has already answered this question. If Our Lord is present in the consecrated life in a New Mass, with the aggravating circumstance that the host has been desecrated, host does not seem absurd that God performs a miracle to indicate the seriousness of this desecration. But some will say, Mons. Williamson also cited an alleged miracle occurred in Poland. The same reasoning is imposed. Where there is real presence there can be no miracles truthfully. But would not that approve the New Mass? No, and not approve the paganism to demonstrate, through a miracle, the innocence of a pagan virgin.

3- The miracle is a sign of God and God can not confirm heretical. But this miracle, if there was a miracle, not a confirmation of the new rite of the Mass, but of the real presence. The sacrament received in the conciliar church may be true and the accompanying doctrine may be false. But these are two different things. One does not negate the other. Check one even with a miracle, is not confirm that; and prove the innocence of a pagan virgin is not approved paganism.

The arguments do not seem conclusive. Anyway, they can not be used to discredit Bishop Williamson, which remains a bishop who opposes the suicidal policy of acuerdistas and consecrated Bishop Faure, ordained priests for the Resistance, confirmed countless faithful..; thus giving all hoping to continue the good fight of Mons. Lefebvre, who is none other than the good fight of the Holy Church, one, catholic, apostolic and Roman, and as St. Pius X said, persecuted.

Dom. Thomas Aquinas OSB said:
[In conclusion] "The arguments do not seem conclusive. Anyway, they can not be used to discredit Bishop Williamson, who remains a bishop who opposes the suicidal policy of acuerdistas and consecrated Bishop Faure, ordered priests to the Resistance, confirmed countless faithful..; thus giving all hoping to continue the good fight of Mons. Lefebvre, who is none other than the good fight of the Holy Church one, Catholic, Apostolic and Roman and, as St. Pius X said, persecuted."
Click to expand...

The end discovers the means.

The conclusion of Dom. Thomas Aquinas' article gives one to believe he had written this as damage control to have people reflect that the person of BW is needed in a situation that is scarce. I disagree. All men and Catholic prelates have free will and can use it for good or evil. God can raise bishops and priests from stones if he wants to. All men are expendable before God when they do not conform to his Will. Scarcity is only a number; which has no concern to Him.

More importantly, Dom Thomas Aquinas, Bishop Faure, and others are changing the nature of BW's comment to isolate his views of the N.O. miracles in the new mass (as wrong as it is in itself) away from and as a distraction from the whole of the context BW had set it in; and is inclusive within his other Eleison Comments and conference of June 28, 2015 saying: “Do whatever you need to nourish your faith.”; “If you can trust your own judgment, use your own judgment.” See here Bishop Williamson states Novus Ordo Mass is legitimate.

The Dominicans had also condemned this error of attending the new mass by an article they wrote out of conscience as one of them was present at that conference. See Bp. Williamson advises error; Dominicans condemn its error.

The day we as a people walk in sackcloth and ashes against our perversity to solely put the rights of the Kingship of Christ back on the mantle, is the day this hostility and chastisement will end.

The conclusion of Dom. Thomas Aquinas' article gives one to believe he had written this as damage control to have people reflect that the person of BW is needed in a situation that is scarce.
Click to expand...

So, in effect, what Dom Thomas is saying is that the person of B. Williamson is more important than doctrine. It is like saying that Bishop Fellay should be heeded as he directs his priests to administer consecrated hosts to idoliters/cultists/protestants/etc. If persons are given priority over the perennial teachings of Mother Church we should forget Mother Church and follow them in their scandalous behaviour. Cherry-picking out-of-context quotes from various theologians is a method increasingly being used to confuse the faithful. May God help us!
D

He says: “While the new religion is false, is dangerous, and it strangles grace, and it’s helping many people to lose the faith, at the same time there are cases where it it can be used and is used to build the faith.”

He cites the following as proof of this general principle: “Some Novus Ordo priests are nourishing and building the faith in the Novus Ordo parish.” “There have been eucharistic miracles with the Novus Ordo Mass. They are still occurring.”

Logically this principle leads to this conclusion: that we must remain in the Novus Ordo, seek out conservative priests, go to Motu Proprio Masses, and try to resolve the problems of the Church from within the Novus Ordo. It means that there is nothing wrong intrisically with the New Mass, but that it is a vehicle of destroying one’s faith only when it is not offered conservatively.

Bishop Fellay is striving to incorporate the Society of Saint Pius X into the Novus Ordo structures precisely to work from within them, and to help bring about a conservative Novus Ordo religion, since he has no intrinsic objection to the New Mass or Vatican II. Bishop Williamson hands to Bishop Fellay on a silver platter all of the logic for such a reconciliation, and at the same time destroys the theological underpinning of his own resistance movement.

Point # 4. Miracles are performed by God only in confirmation of the truth. Bishop Williamson cites four eucharistic miracles, claiming that there are yet others, which have taken place at the New Mass. He [BW] does this in order to prove that the Novus Ordo Mass has the ability to give grace and sanctify souls.

What, however, is the conclusion from Bishop Williamson’s claim that there have been eucharisitic miracles at the New Mass? The answer is very simple: The New Mass is a holy Catholic Mass which sanctifies souls. God says so with His miracles!

If this be so, then why on earth are we resisting the New Mass? Why do we not just go to it, and be happy with it? According to Bishop Williamson, God has given His stamp of approval to the New Mass.

Thank you, Admin, this little prayer says much in this context.
I

MACHABEES POINT #3
Bishop Williamson sees the new religion and the New Mass as something grey,that is something to destroy your faith, but if properly understood could actually nourish your faith...

That thought made me think of Bishop Fellay saying we can 'accept Vatican 2 in the light of tradition.' Heaven Help Us!
D

Has anyone noticed that BW spends more time and energy "defending" the unity of the novus ordo over these crucial 7 months than he does defending the unity of the Catholic Resistance in the form of tradition and our Lord's proper order of hierarchy and authority His Bishops of the Church are commissioned to maintain?

Reading books on the Church's index, soothed by man's culture of music, and seeking the freedom to nourish one's faith in the novus ordo is not the voice of a Shepherd; nor of the words of Elias to the idolators of Baal - "And Elias coming to all the people, said: How long do you halt between two sides? If the Lord be God, follow him: but if Baal, then follow him. And the people did not answer him a word." God was angry with them and they perished because of their sins. (Third Book Of Kings [1 Kings]: 18).

The choice is simple: Either stand for the one God and his Christ or follow the many gods of the gentiles.

The way God is allowing the sins of the people in tradition to fall left and right in these last three years, prophesied by our Lady of La Salette - My Son's hand is heavy..., He is not fooling around. There must be a day of reckoning; time is at hand; one must choose.

BW spends too much time looking for the shy to fall in society (his reason he stated to consecrate Bishop Faure in the time he did) than he is seeing the sky falling on his own doctrine.

In addition, remember this conference Nov. 2014 of Bishop Williamson stating:

And other unbelievable statements he made when we asked him for help and lead like a Catholic Bishop. He said: "to put away your toys".

And Fr. Pfeiffer's response to this abandonment.

Eleison Comments no. 449 make it clear why Dom Thomas defended Bp. Williamson......... To risk losing a higher place in this world is too hard for some.