Dedicated to Pewsitters Part I 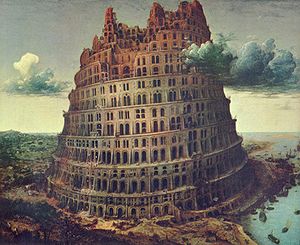 ​
This article is dedicated to Pewsitters everywhere who love the Church, who are trying to keep the faith midst the babble of voices trying to outscreech one another. The words Ecclesia Dei societies frequent posts/threads throughout these pages. Many of us do not understand its relevance within the context of some important insights documented on Cor Mariae. Perhaps the following will allow us to 'connect the dots' - to give an understanding of what and who the Ecclesia Dei is, its aims, and covertness, and spreading growth which is to destabilize the Church's traditional unchanging teachings by the use of casuistry (specious or excessively subtle reasoning intended to rationalize or mislead).

But you don't have to take our word for it. Our Lord gave to the Church Archbishop Lefebvre who spent the last years of his life defending true doctrine for such times as these. He established the SSPX as a temporary tool until Rome came back to its senses. It was never intended to be an entity in its own right - far from it. It is important that we keep this perspective. One needs to allow the Archbishop's voice to speak as a true and faithful Shepherd. Do not be confused by the self-adoration, the narcism - that permeates the present leadership there; do not be confused to such an extent that you allow entry of the deceptive spirit of Ecclesia Dei to subvert the truth later exposed as a duty by the Archbishop-founder to save his own soul and ours.

(Above) Tower of Babel was built by Nimrod (Noah's great grandson) shortly after the global flood, and resulted in bringing God's judgement once again on mankind (Daniel 1:6-9)


Why such a doctrinal evolution of the Ecclesia Dei Communities ?​
This text was written several years ago by Pray for Priests to have Courage It was addressed to those of his confreres who had left the SSPX in order to receive an official canonical status from the Conciliar Church. He was trying to find a reason that would explain their doctrinal evolution.

There is an important difference between the clear, consistent declarations made by Archbishop Lefebvre right from his early days on Liturgical Reform, Religious Liberty and Vatican II, and the position presently held by yourself.

To explain this situation, there are only three possible hypotheses: 1) either you never knew the real position of Archbishop Lefebvre and the SSPX, and you followed him not properly knowing why; 2) you understood his position but did not approve of it, and so you hypocritically gave the appearance of remaining with Archbishop Lefebvre and the SSPX; or 3) your doctrinal position evolved between the period “before”, and the period “after” the Episcopal consecrations.

1. The hypothesis that you may be ignorant seems to be psychologically impossible and even absurd. It is simply impossible for any of you not to have read even one work by Archbishop Lefebvre, not to have heard even one of his sermons, and not to have known his firm official position. Your ignorance in this matter must be categorically rejected.

2. The hypothesis of hypocrisy may well be possible. Nevertheless, it seems highly improbable given the number of persons involved and their moral character. Furthermore, the hypothesis of hypocrisy represents an insult so serious that I would accept it only after hearing an explicit declaration upholding this position by the individuals in question. That is why I reject this hypothesis as the explanation for your evolution.

3. Therefore, if you know Archbishop Lefebvre’s position on Liturgical Reform, Religious Liberty and Vatican II (we reject ignorance); if you are not a secret opponent and liar (we reject hypocrisy); then that only leaves the third hypothesis as the right one: your change of position can only be explained by a doctrinal evolution of your position.

But where does this doctrinal evolution come from?

Here, two hypotheses are possible: either the cause is of a purely intellectual order, or it is of a moral and psychological order.

A. The hypothesis that the evolution is purely intellectual seems to fall under the heading of miracles rather than factual history. One would have to imagine that there was a sudden change in thinking, an intellectual illumination, on the goodness of Liturgical Reform, on the truth contained in Dignitatis Humanae, or on the timeliness of Vatican II. A serious historian must reject such an unlikely hypothesis.

B. The only valid hypothesis is that of a moral and psychological order, in other words, one that originates from exterior circumstances. Only one conclusion is possible: it is your dealings with Rome and with diocesan bishops that have brought about this doctrinal evolution.

Indeed, all your Roman and diocesan contacts are in favour of the Liturgical Reform, of Dignitatis Humanae and of Vatican II. It is completely normal, obvious, and historically certain that once you negotiate with Rome and the bishops and once you demand certain concessions, you must then be silent, you must soften or altogether abandon your opposition to the Liturgical Reform, to Dignitatis Humanae and to the Council, or else you will find yourself in a position that will be psychologically unbearable. This is the one true cause of your doctrinal evolution: the moral weight of those with whom you dialogue and your own desire to achieve tangible results from these difficult negotiations where you are in a minority position. This situation forces you to make concessions, if only verbal concessions.

I do not claim that you are making these concessions out of cowardice. I simply claim that, once you have evolved beyond a certain point, you then start to think it possible and even necessary to temper your opposition in the hope of obtaining greater results. But, if I were to consider your present attitude objectively, I would be obliged to note that there has been a shift concerning points that have always been considered as vital in the combat for Tradition.

The conclusion is therefore extremely clear: in spite of your good intentions and your initial desire to remain faithful to Tradition, it was impossible for you to continue to firmly resist the Liturgical Reform, Religious Liberty and the Council, and at the same time to pursue negotiations with those who are firmly in favour of these three key points.

As things stand at present, negotiations and agreements with Rome and with diocesan bishops must necessarily end up, sooner or later, with the abandonment of the positions that were always held in Tradition and notably by Archbishop Lefebvre.

In other words, present-day Rome has but one goal: to lead all who negotiate with Rome towards the errors of the Council and Liturgical Reform. The truth is there for all to see: Rome is not in favour of Tradition. That is why they have not kept their promises. That is why Rome did not sincerely wish the negotiations to succeed.

The author of the above text has now “evolved” himself, as is shown in a statement in the December 2014 issue of a widely diffused publication:

We wish with all our hearts for a speedy “reconciliation” that would benefit both groups and also the entire Church. The difficulties are objective and do not primarily depend on individuals, but we may always pray that Our Lord “gather His Church in unity”. That is what we fervently ask for every day.
Click to expand...

Conciliar Rome has not converted. The danger remains the same.​