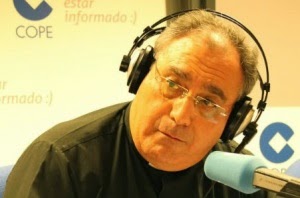 Bishops' Conference: Catholic Media Should not Criticize the Abortion Politics of the Government

Christian Democrats are the Abortion Party, but Catholic Media Should Be Silent
Not to be critical of the government of the Christian Democratic Partido Popular, although they had promised a restriction of the killing of unborn children through abortion and legal strengthening of the right to life in the last election and therefore won the parliamentary elections. The law was actually drafted by the Justice Minister and decided on last fall by the government. Yet it never arrived in the Parliament. Just last summer, the Minister of Justice assured that the Parliament will discuss the law in September. Instead, the ruling Christian Democrats caved in fear of a political dispute and withdrew the law. Justice Minister Ruiz Gallardón then resigned in protest. Right to Life organizations and Catholic voters are disappointed to appalled.

The Partido Popular justified the capitulation with a view to the next upcoming 2015 parliamentary elections, for which one would not waste the chances of re-election. Instead, the party of Prime Minister Mariano Rajoy is now experiencing an exodus of core voters, for the PP as the abortion party is no longer a legitimate voting choice.

Behind the scenes it seems to agreements between the General Secretariat, the Episcopal Conference and the Partido Popular have agreed to keep the criticism on the back burner to prevent a return of the Socialist Party to power. The non-negotiable values that were championed Popes John Paul II. and Benedict XVI, were looked past. That does not seem hard for some bishops' conferences to drop as they had left the above mentioned popes in the stick in the fight against the barbaric mass murder of innocent children. The reigning Pope Francis facilitates looking away from Innocents, as he explained in an interview to have "never understood non-negotiable values," their formulation.

"On the Pressure Scale of 0-10" Pressure Exerted is Only 2
As to the "right" to assassinate unborn children in many Western countries, including in the German-speaking world as "social consensus" is alleged that the Episcopal Conferences prefer to prioritize this "consensus". According Info Vaticana , which relies on informants from the Catholic media COPE and 13TV, the Secretary General of the Episcopal Conference has given the media these instructions which is to largely hold back criticism of the government in matters of abortion. Literally Gil Tamayo said: "On the pressure scale 0-10, pressure 2".