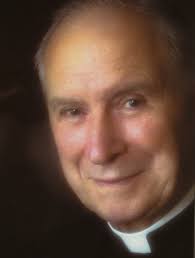 Is That Chair Vacant?
A SSPX Dossier on Sedevacantism​
By Rev. Dominique Boulet, SSPX​
About that important question, Archbishop Lefebvre wrote, on November 8, 1979, the following for Cor Unum, the internal bulletin of the Society of St. Pius X:

"How often during these past ten years have I not had occasion to respond to questions concerning the weighty problems of the Mass and of the Pope. In answering them, I have ever been careful to breathe with the spirit of the Church, conforming myself to Her Faith as expressed in Her theological principles, and to her pastoral prudence as expressed in moral theology and in the long experience of Her history. I think that my views have not changed over the years and that they are happily those of the great majority of priests and faithful attached to the indefectible Tradition of the Church. It must be clear that the few lines which follow are not an exhaustive study of these problems. Their purpose rather is to clarify our conclusions to such an extent that no one can be mistaken regarding the official position of the Society of St. Pius X."

On the occasion of the 25th anniversary of this declaration, I would like to bring to our faithful some tools which will help them to a better understanding of such official position of the Society of St. Pius X, as expressed from the mouth of its venerable founder. Many things happened over these twenty-five years, and it appears to us that the situation of the Church now is much worse than in 1979. As the years are passing by, the number shocking and unheard of events seems to be multiplying at a higher speed. Let me quote only a few of them: the 1986 Inter-religious meeting of Assisi, which was renewed in 2002; the 1993 Balamand agreement, by which the Catholic Church officially renounce to the apostolate of conversion with the members of the Orthodox Church; the 1999 Catholic-Lutheran document on Justification; and more recently, in May 2004, the profanation of the Fatima shrine with a Hindu worship. Some of us may now wonder if, in view of such shocking events, Archbishop Lefebvre would have kept in 2004 the same position he had in 1979.

Let us come back to Archbishop Lefebvre’s own words:

"Let us pass now to a second but no less important subject: does the Church have a true Pope or an impostor on the throne of St. Peter? Happy are those who have lived and died without having to pose such a question! One must indeed recognize that the pontificate of Paul VI posed and continues to pose a serious problem of conscience for the faithful. Without reference to his culpability for the terrible demolition of the Church which took place under his pontificate, one cannot but recognize that he hastened the causes of that decline in every domain. One can fairly ask oneself how it was possible that a successor of Peter can in so little time have caused more damage to the Church than the French Revolution.

Some precise facts, such as the signatures which he gave to Article VII in the Instruction concerning the New Mass and to the Declaration on Religious Liberty are indeed scandalous and have led certain traditionalists to affirm that Paul VI was heretical and thus no longer Pope. They argue further that, chosen by a heretical Pope, the great majority of the cardinals are not cardinals at all and thus lacked the authority to elect another Pope. Pope John Paul I and Pope John Paul II were thus, they say, illegitimately elected. They continue that it is inadmissible to pray for a Pope who is not Pope or to have any "conversations" (like mine of November 1978) with one who has no right to the Chair of Peter."

1. Exposition of the Sedevacantist thesis: Let me first quote from a Sedevacantist author: "Sedevacantism is the theological position of those traditional Catholics who most certainly believe in the papacy, papal infallibility and the primacy of the Roman Pontiff, and yet do not recognize John Paul II as a legitimate successor of Peter in the primacy. In other words, they do not recognize John Paul II as a true pope. The word Sedevacantism is a compound of two Latin words which together mean "the Chair is vacant." Sedevacantism appears then to be a theological position or a theory kept by some traditional Catholics who think that the most recent popes, the popes of the Vatican II council, lost their pontifical authority on account of the grave heresies they have been promoting, and the crisis that came along.

1.1. Theological argument of sedevacantists: It consists of saying that a heretic cannot be head of the Church, but John-Paul II is a heretic, therefore he cannot be a true Pope. A notorious Sedevacantist, Brother Michael Diamond, O.S.B., from Most Holy Family Monastery, NY, came up with a list of the "202 heresies of Vatican II" and the "101 heresies of John-Paul". By the way, Bro. Michael Diamond considers the SSPX, the SSPV (Society of St. Pius V), and the CMRI (Congregatio Mariae Reginae Immaculatae) as heretics, because they believe in the baptism of desire, which, according to him, is a denial of the dogma 'outside of the Church, there is no salvation.' Bro. Michael Diamond is well known for his extreme statements on a number of topics, up to the point that he is attributing to himself a quasi-magisterial authority by which he thinks that he is able to make infallible statements where he is right, but everybody else is wrong. Basically, he is acting like a pope. 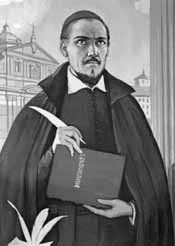 1.2. Canonical argument of sedevacantists: It is to consider that the laws of the Church invalidate the election of a heretic; but Cardinal Wojtyla was a heretic at the time of his election, therefore he cannot be a pope. The Sedevacantists quote the Papal Bull Cum ex Apostolatus Officio of Pope Paul IV, which says that if anyone was heretic before the Papal ele<div>ction, he could not be a valid pope, even if he is elected unanimously by the cardinals. They also base their argumentation on the Code of Canon Law2, Can. 188, #4: "Any office becomes vacant ipso facto and without any declaration by tacit resignation recognized by the law itself if a cleric…4: publicly defects from the Catholic faith."

Survey of th Theological opinions of a heretical pope: For that survey, I will follow the study of Arnaldo Xavier de Silveira in his book ‘La Nouvelle Messe de Paul VI: Qu'en penser’ (or: LNM)3. After explaining how the New Mass departs from the traditional teaching of the Church, this author makes an in-depth study of the theological hypothesis of a heretical pope. Such study was highly praised by Archbishop Lefebvre, as "the very objective study of Xavier de Silveira". To my knowledge, this is the most complete and most clear study on that topic. Such study was originally published as a series of articles in the magazine Catolicismo, from Brazil, from 1969 till 1971. That publication was under the care of the TFP4 (Tradition, Family, Property) movement. A French translation was eventually published in 1975. Then, the TFP forbade any other publication or translation of that book. The fact that LNM made a survey of 136 authors who speak about the possibility of a heretical pope, joined with the fine theological sense of Xavier de Silveira makes his book most highly valuable.

In the Church there is no law or jurisdiction which can impose on a Christian a diminution of his faith. All the faithful can and should resist whatever interferes with their faith, supported by the catechism of their childhood. If they are faced with an order putting their faith in danger of corruption, there is an overriding duty to disobey.
(Open Letter to Confused Catholics : Chapter 18 : para 9)
Click to expand...

These teachings apply to every Catholic from the Pope/sinner, through priest/sinners down to the lowliest pewsitter/sinner There are no exceptions.


NEVER BE INTIMIDATED BY INTELLECTUALS WHO KEEP QUOTING VARIOUS THEOLOGIANS TO PROMOTE ANYTHING CONTRARY TO THE QUOTE ABOVE. OUR WONDERFUL MOTHER THE CHURCH HAS PROVIDED FOR HER LITTLE ONES BY DISTILLING FROM THE CHURCH FATHERS, AND ACCEPTED THEOLOGIANS, THE SIMPLE INSTRUCTION AS COMING STRAIGHT FROM THE MOUTH OF CHRIST!

Pray for us Archbishop LeFebvre. Do not let us be misled by the ways your words and deeds are interpreted to suit the personal opinions of those who scandalise Our Lord's beloved children.