Amid Catholic opposition, states are legalizing composting of human remains 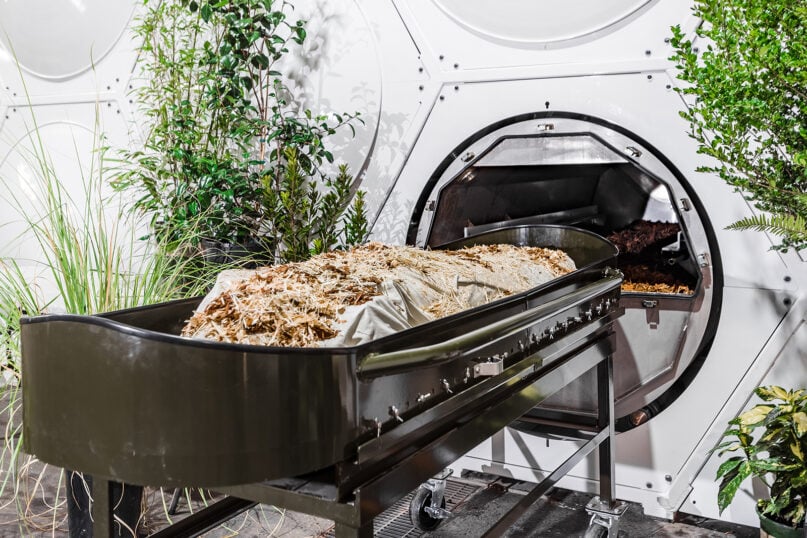 An example vessel that is used in the natural organic reduction process created by Recompose. Photo by Sabel Roizen​

Amid Catholic opposition, states are legalizing composting of human remains​

(RNS) — Washington, Colorado and Oregon are now among the U.S. states that have legalized the process of converting human bodies into soil, a procedure the Catholic Church said fails to show “respect for the body of the deceased.” Meanwhile, California and New York are seeking to be next in line to allow human composting.

The process for composting a body was introduced by the Seattle-based company Recompose, which is now open for business after the state of Washington legalized the process in 2019. Colorado was the second state to legalize it, followed by Oregon, when Gov. Kate Brown in mid-June signed House Bill 2574 into law.
Here’s how it works: A dead body is broken down through a process known as Natural Organic Reduction by placing the body in a reusable vessel, covering it with wood chips and aerating it, which creates an environment for microbes and essential bacteria. The body, over a span of about 30 days, is fully transformed into soil.